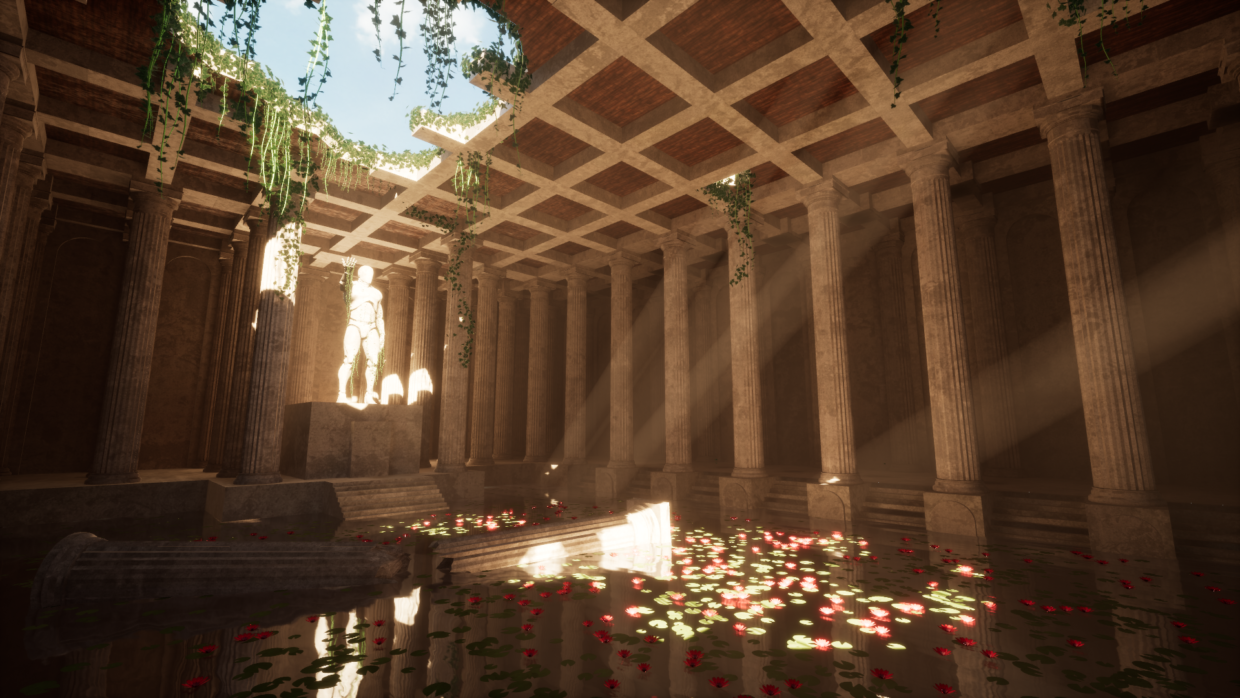 In Corinthia, I opted to go for a simple interior scene. I eventually settled on a Roman-esque temple interior, with a statue as its focus.

My original plan was to use torches and lanterns to light the interior of the temple, but instead chose to create a simpler lighting scheme dominated by sunlight and ambient skylight. Holes in the ceiling allowed the creation of natural ‘spotlights’ to highlight the statue and surrounding flora. 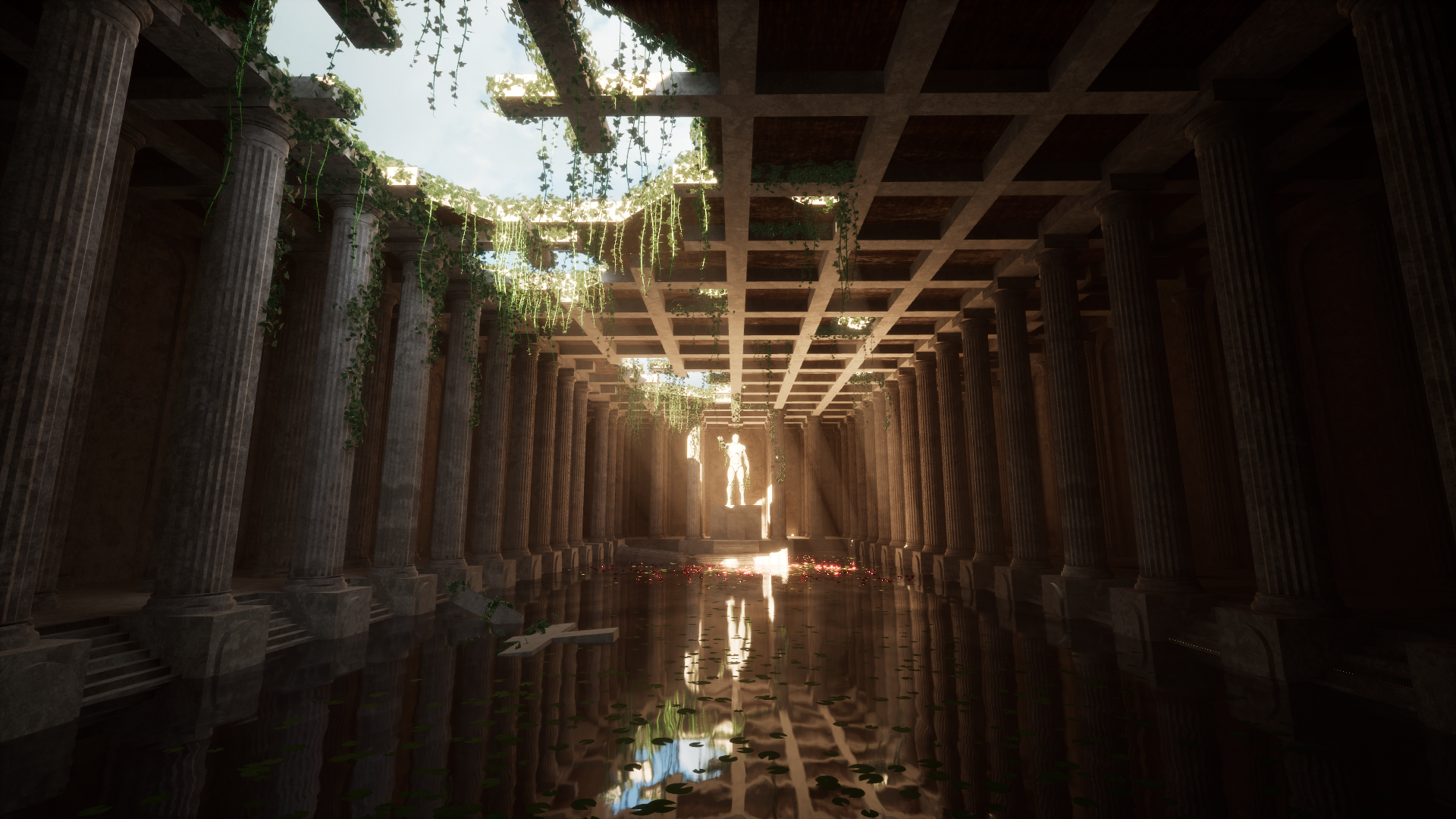 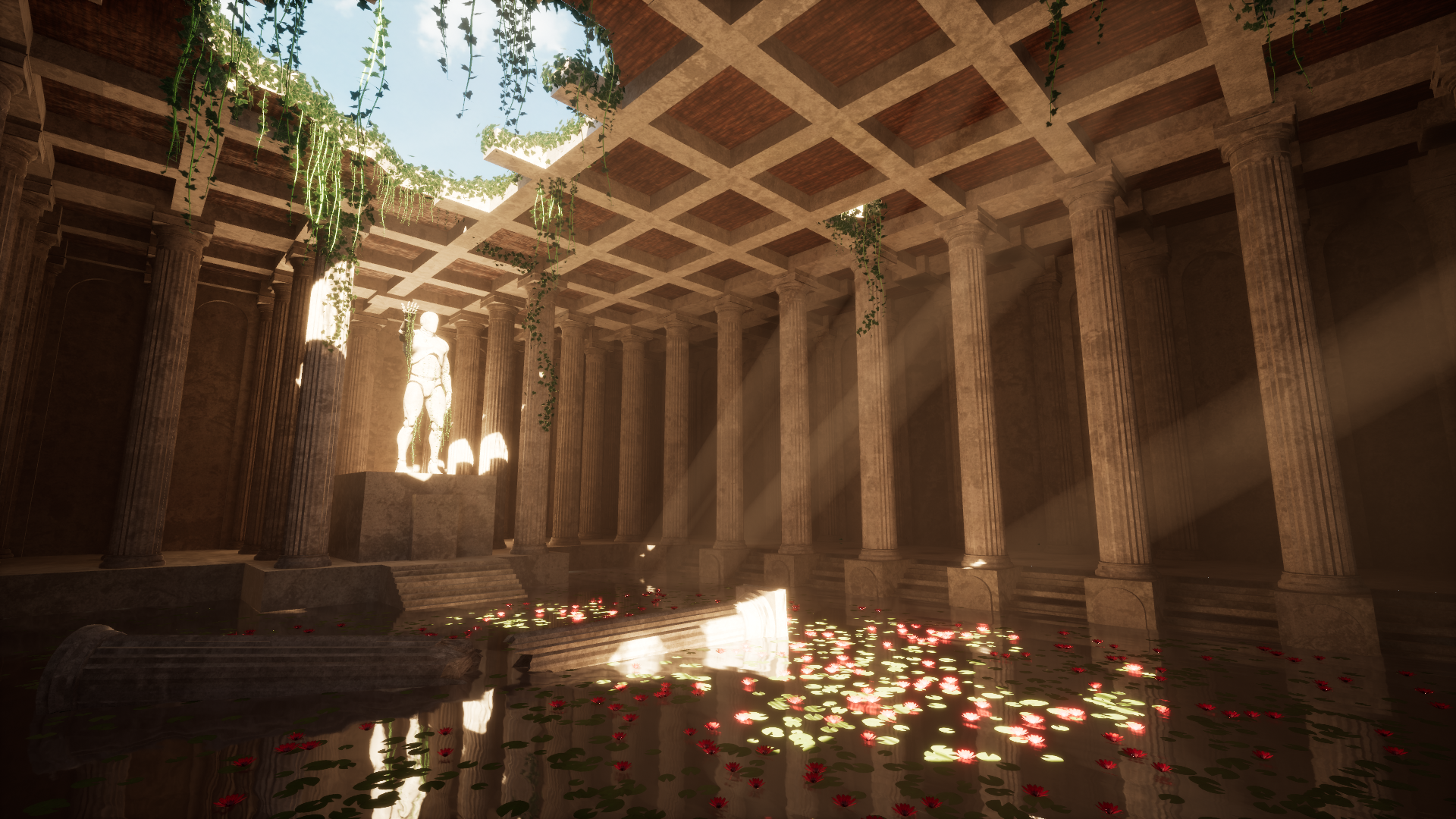 Water has flooded the floor of the temple, and several waterlilies have grown in the sunlight. 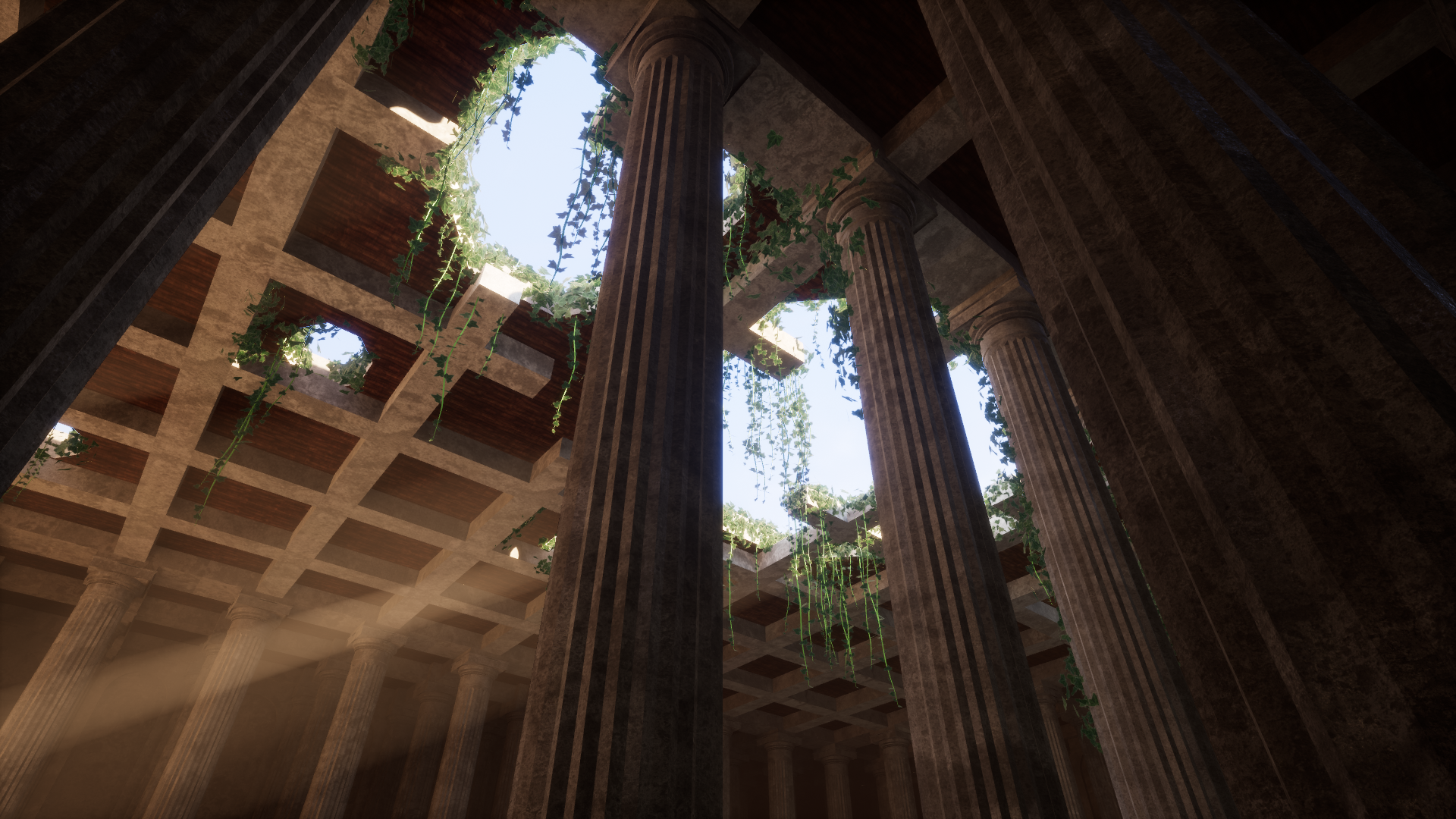 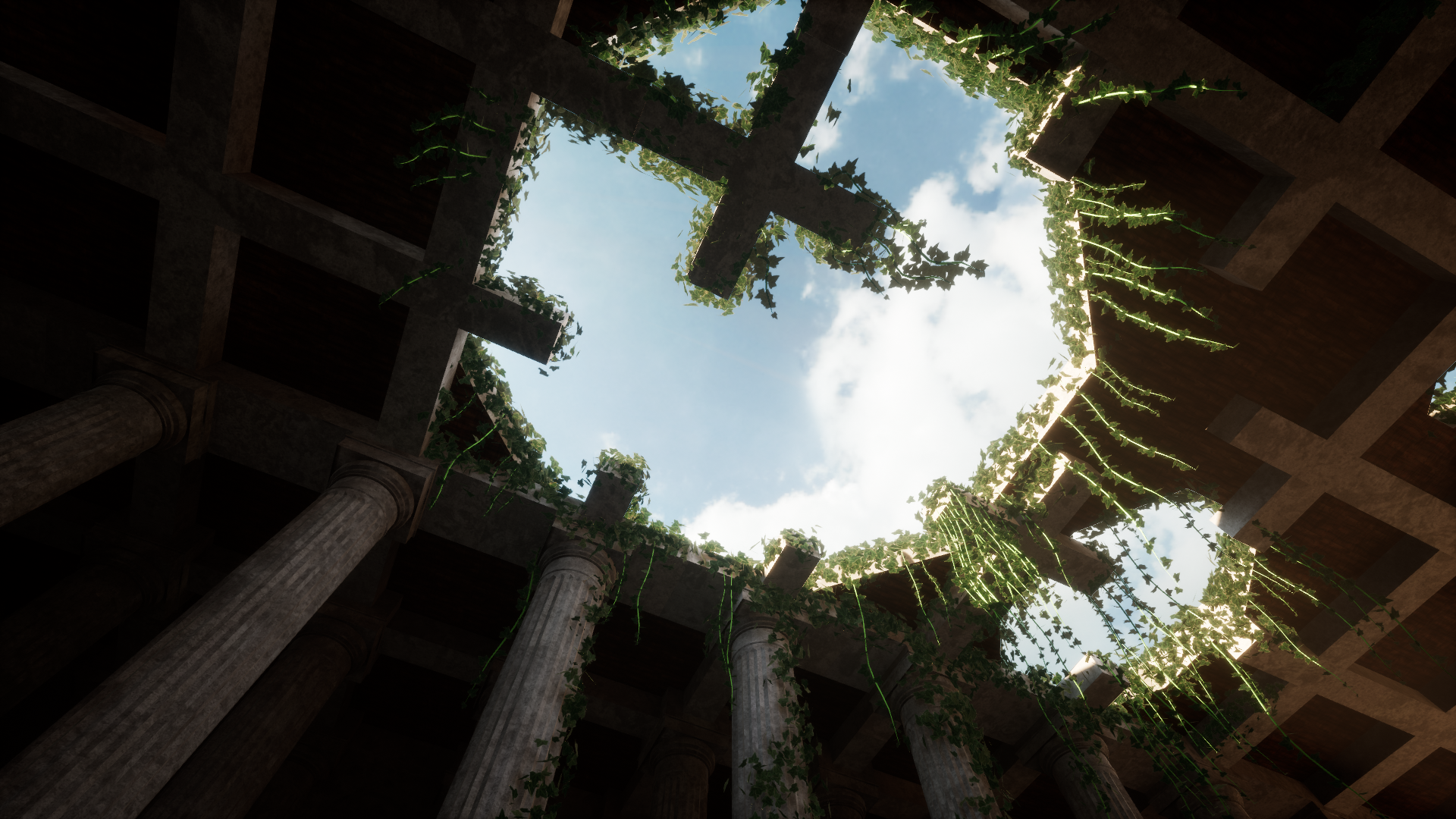 Years of neglect have caused sections of the ceiling to cave in, revealing the sky above. Vines snake down the columns into the relatively dark cavern below.

All assets were created using 3ds Max with the exception of the statue, which is based off of Epic Games’ biped mesh, and the hdr sky which was purchased cgskies.com.