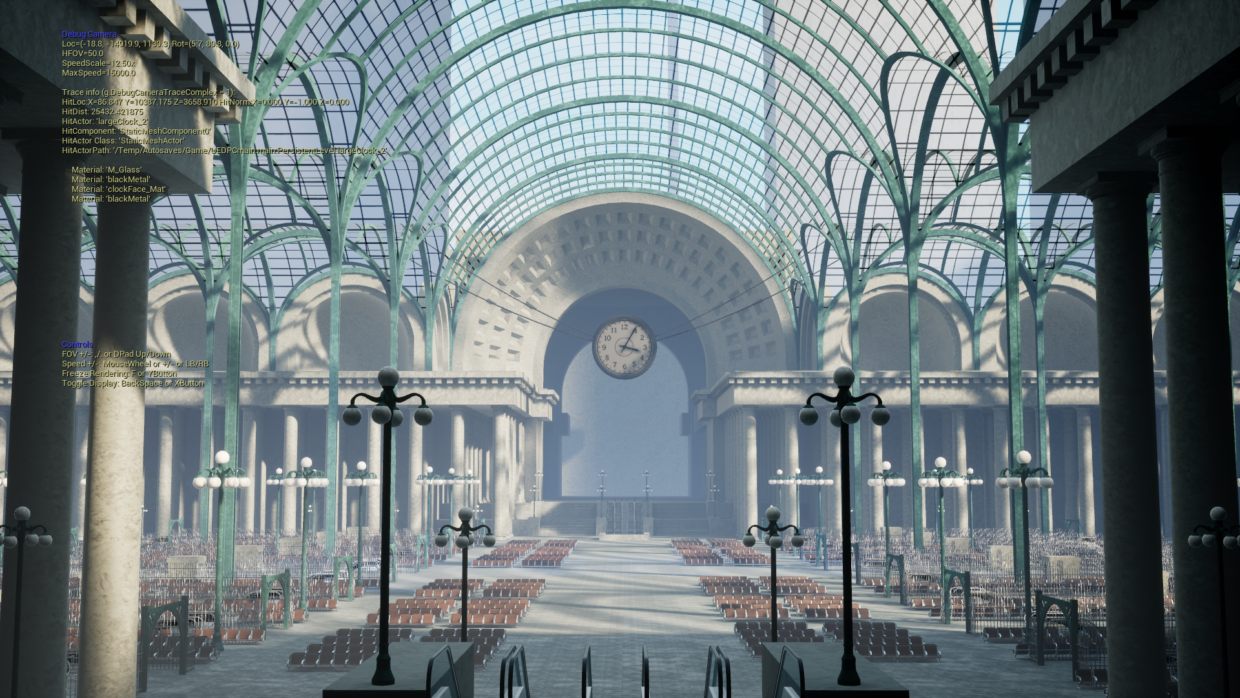 This project is inspired by the original Penn Station which stood on the site of Madison Square Garden in New York City between 1910 and 1963. The original structure was immense in scale and ornately decorated in the Beaux-Art style of the early 20th century, being called in retrospect a “temple to transportation”. Its demolition in the early 60’s following a dramatic drop in ridership was controversial, and gave birth to the modern historical preservation movement in the United States.

For this design, I wanted to retain the skeletal iron and glass ceiling vaults as well as the open platforms that made the original Penn Station famous. The perimeter of the concourse and track area is lined with a Doric order colonnade in the style of French neoclassical architect Étienne-Louis Boullée. Antique-style globe lampposts decorate the colonnade, platforms, and central concourse area.

The scale and complexity of this project were larger than anything I have done previously. With something this ambitious it is all too easy to get lost in the details, something I struggled with throughout the course of this project. Time constraints and hardware limitations kept me from achieving the level of detail I originally planned. Nevertheless I am quite satisfied with the result. It is likely I will return to this concept one day and expand upon some of these unrealized ideas. 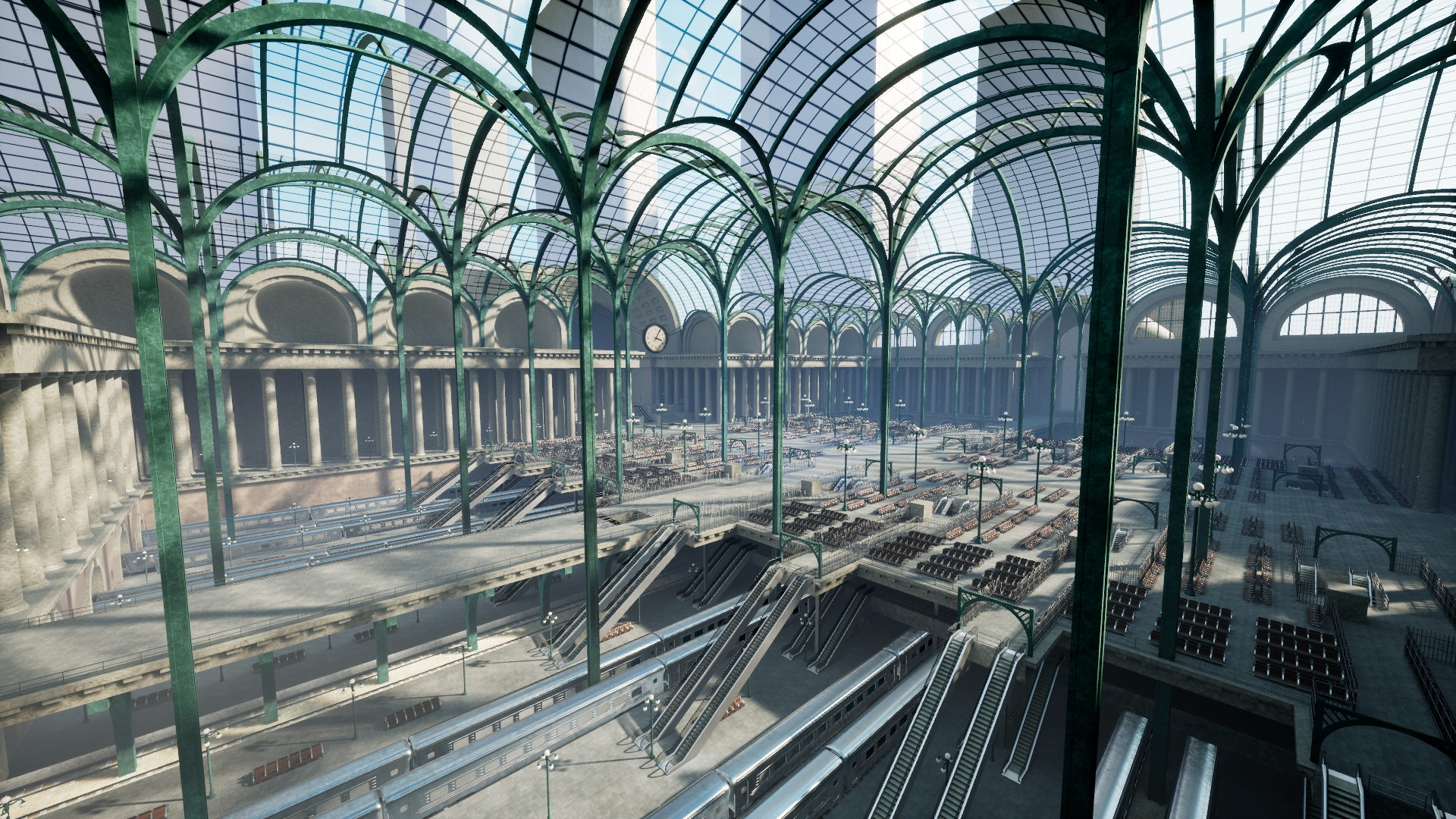 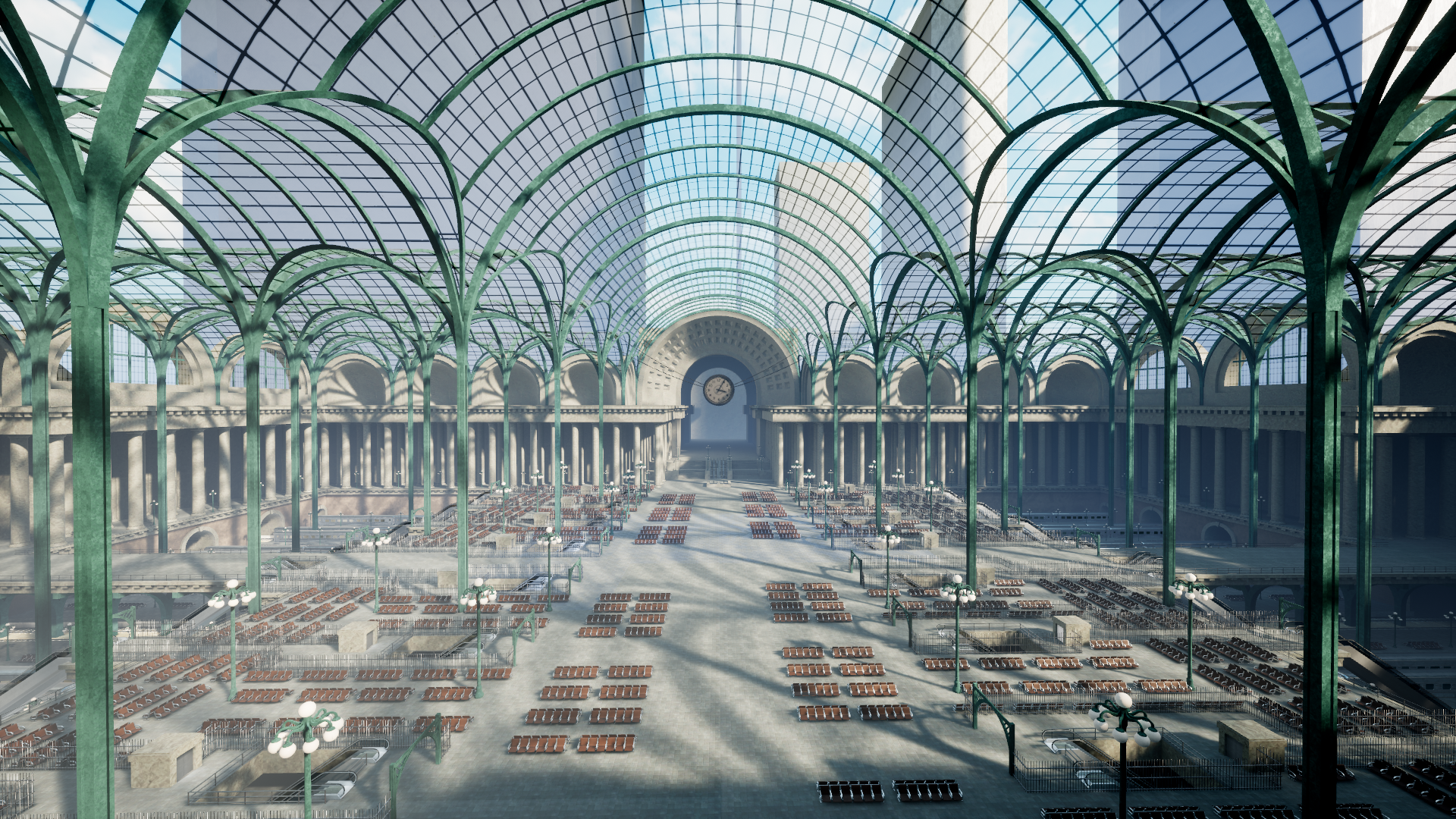 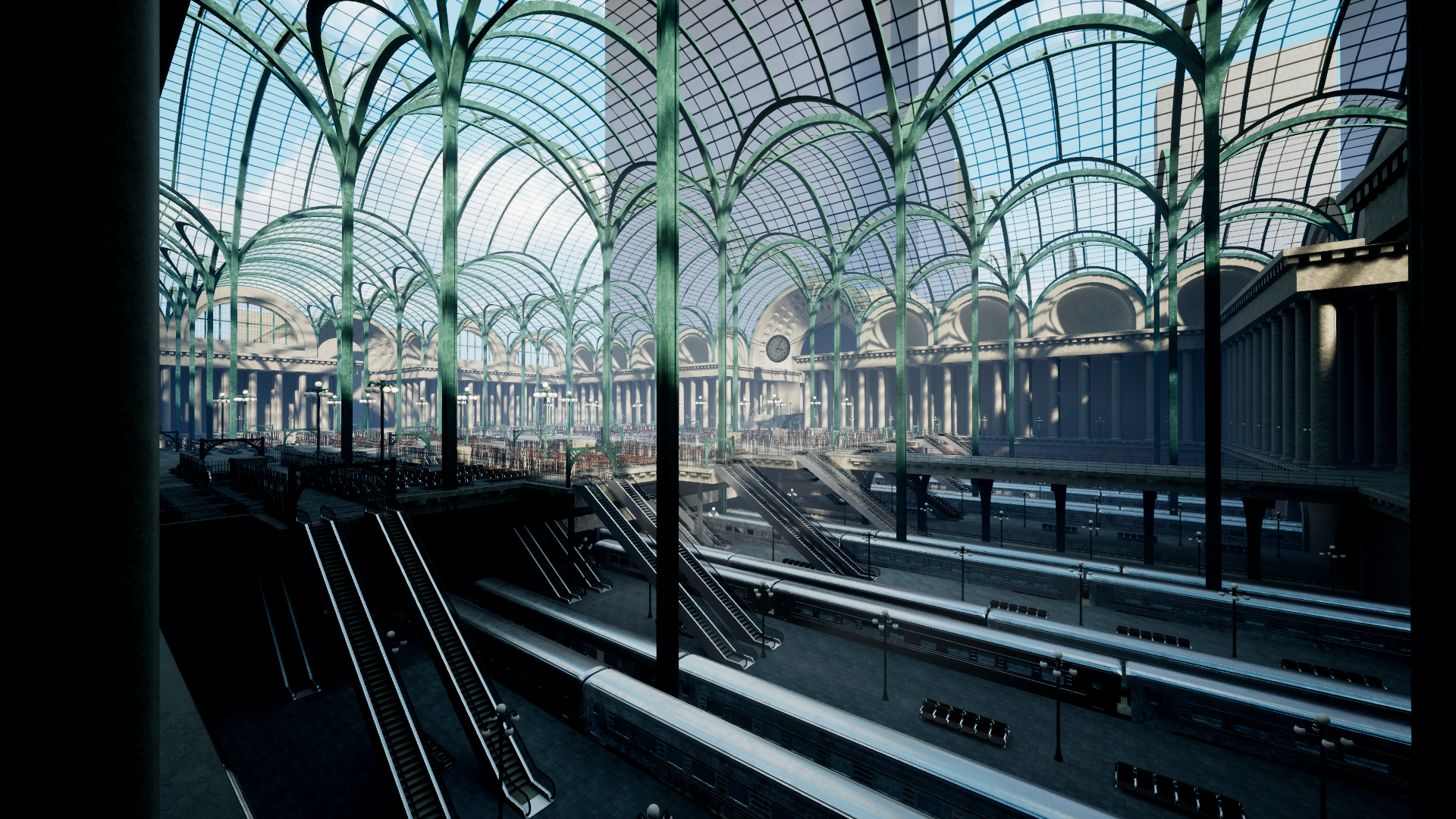 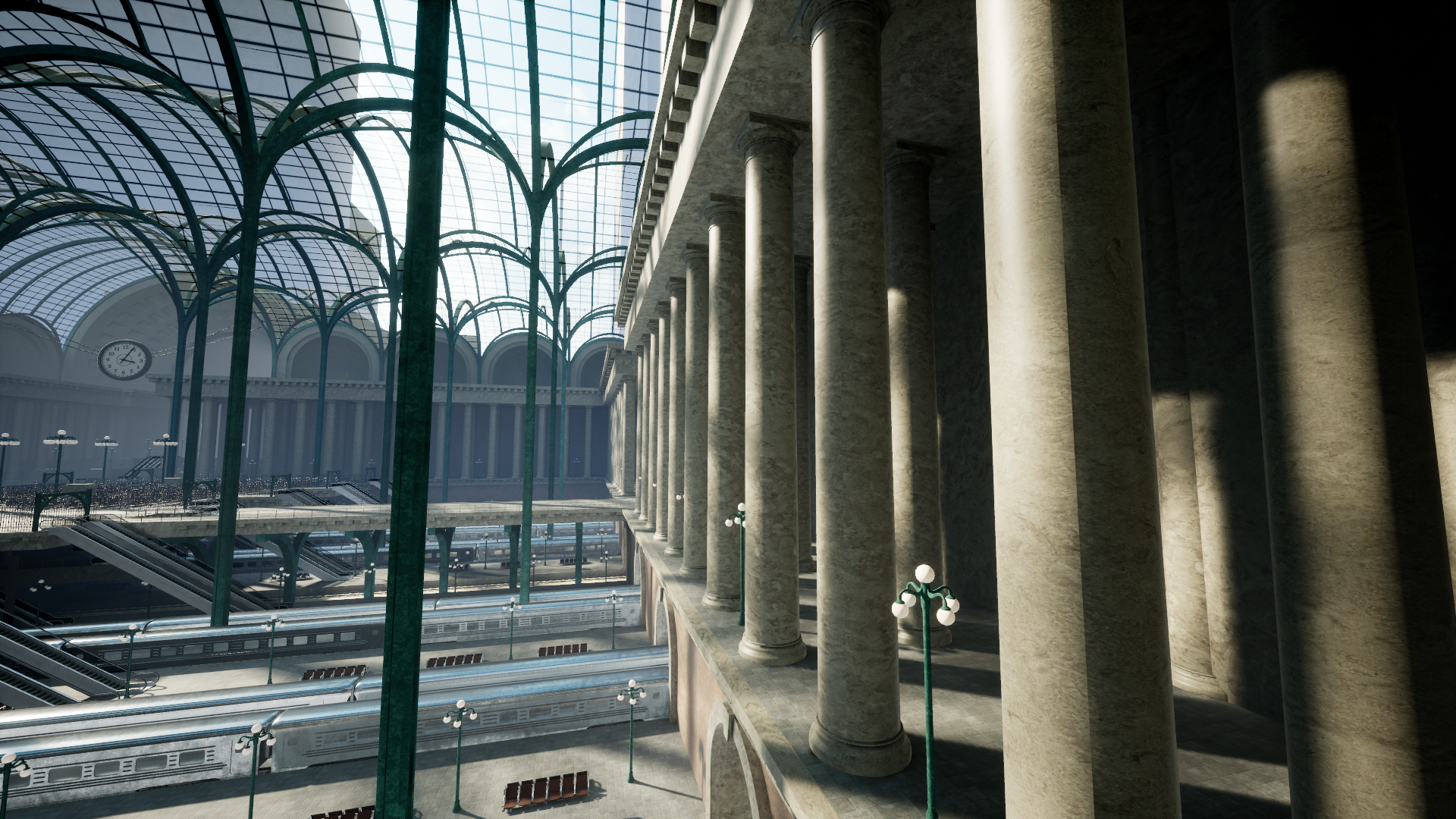 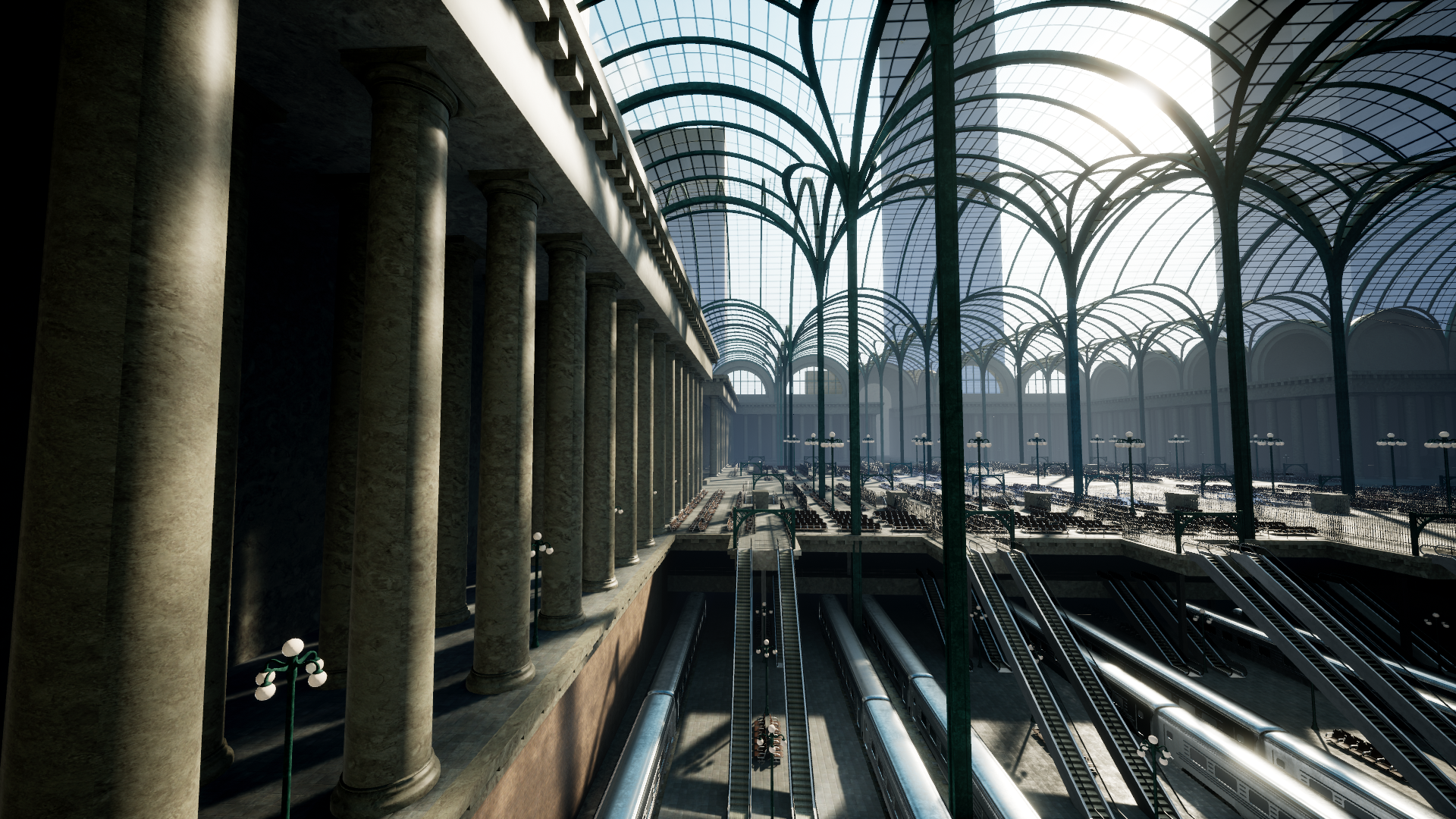